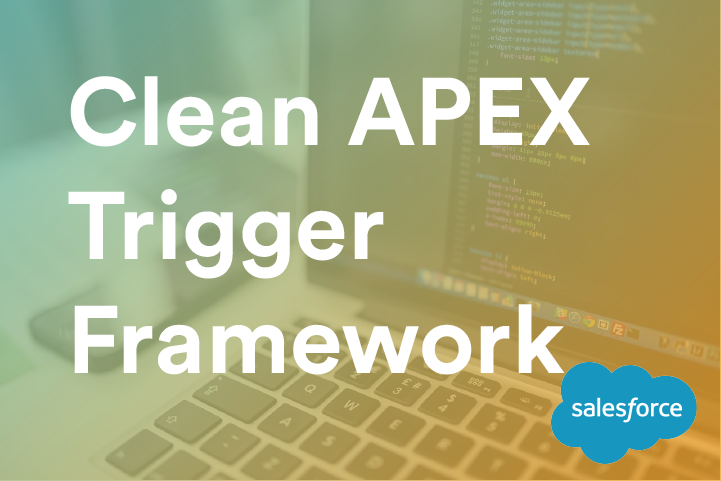 “Keep triggers logic-less”. That’s what you have probably read a lot of times when surfing on the Internet to see how to write your first triggers. To achieve this, you need to apply a “framework”, which is actually a way of writing your code in order to keep it simple. After looking at all those articles and tutorials, I found out that this is my preferred easy-to-understand-trigger-framework.

What do you mean by logic-less trigger?

I basically mean that your trigger should only call methods developed in another handler class. It should be written in a way in which you can easily know what is going to happen every time your trigger is fired. For instance:

As you can see here, instead of writing all the logic (that is: all the things we want it to do, with all its lines and instructions) within the trigger, we make use of a “contact handler” class to call the methods we need in each case.

With this schema, you can easily control when things happen, and in practice, you almost don’t need to touch your trigger file when you want to change a certain behaviour. You just have to address to your handler class and/or helpers.

The framework structure I use, usually follows this pattern:

The trigger contains the situations in which the trigger must fire a certain routine of actions. These routines are handled by the Handler Class.

The Handler Class contains the routines we need to call each time. Using descriptive names on its methods will help us identify when to apply each. An example:

When you have “routines” that perform the same methods, having a Helper Class that contains all of these can be helpful. Sometimes this helper class is not needed if your trigger is just for a few unique cases. But if you consider that your trigger will tend to grow and reuse the same methods, instead of having a Handler full of copied code, maybe you can consider having this Helper Class.

You can also incluse all the methods within the handler class and calling these locally. But the helper will improve your code, looking cleaner.

A full example of a trigger framework

With this approach, we finally get a logic-less trigger code in which we control specifically when does our trigger fire.

Sometimes, if your trigger is not too big, you may drop all your logic in this class. But chances are that you will have methods that will be repeated in several methods.

The aim of this handler class is to define the steps that the trigger has to launch in every specific case and have no doubts about it.

In this class we code all the methods that will be called buy the handler on each case.

If you know other easy-to-understand trigger frameworks for beginners, please, feel free to comment and suggest below.